Time to learn about Leucadendrons

Consider this your crash course in the lovely Leucadendron.

The Leucadendron is a genus of plants from the Proteaceae family that are native to South Africa, Other members of the Proteaceae plant family include Grevillea, Protea, Banksia and many more.

Leucadendron are dioecious, meaning the male and female are on separate plants.

The Male varieties produce flowers which have prominent styles which present pollen. Male varieties such as Leucadendron ’Bella’s Buttons’ , ‘Sundance’, 'Summer Sun' and 'Royal Ruby' have showy flowers in Spring, so they are great for attracting bees to the garden,, while also adding great colour.

Leucadendrons are generally classed as a large shrub, however due to hybridisation and selection, there are many cultivars on the market. that range from a small shrub of 45cm to large shrubs up to 4m and , they can be used in many garden situations from borders to hedges or a garden showpiece.

Despite Leucadendrons being native to South Africa, they do very well planted with many Australian native plants as they have similar water and nutrient requirements, they are drought tolerant and require little watering once established and as a bonus, many Leucadendrons can tolerate a frost up to -5.

It is recommended to plant your Leucadendron in a sunny position, in a free draining soil with a ph below 7, If fertilising, always use a low phosphorus fertiliser such as an Australian native fertiliser.

How to Prune a Leucadendron

It is recommended to prune your Leucadendron after the flowers are spent and before the next years growth appear, usually in Spring/Summer to maintain the shape and size of the plant., up to two thirds of the plant can be removed leaving at least 10cm of healthy growth behind.(view video below)

And that’s it, your crash course is complete. There are books, websites, articles and local experts to tell you more if you really want to immerse yourself in everything about the lovely Leucadendron. Now get out there and start using them.

Images of the Leucadendrons mentioned can be viewed in the gallery at the bottom of this page. 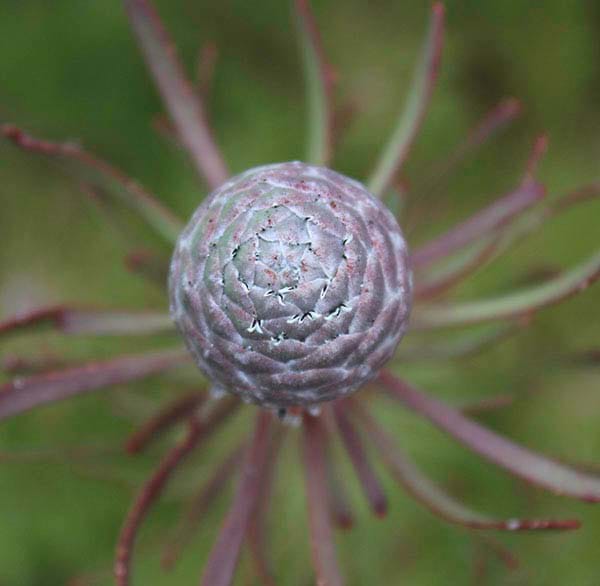 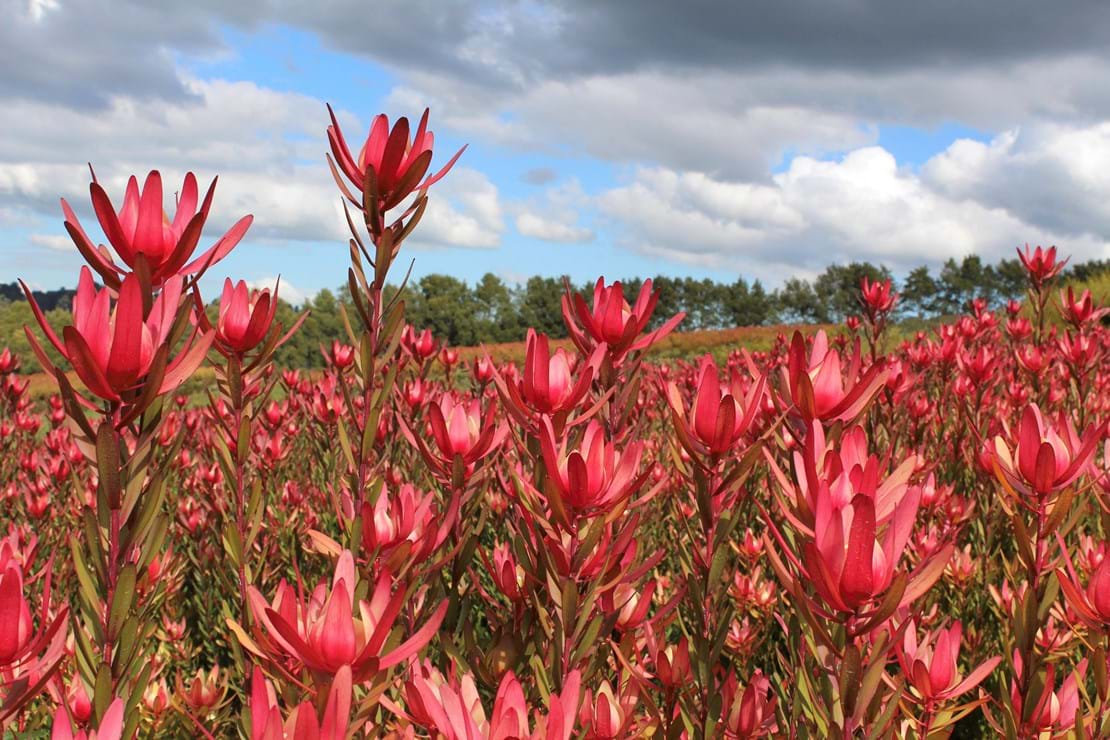 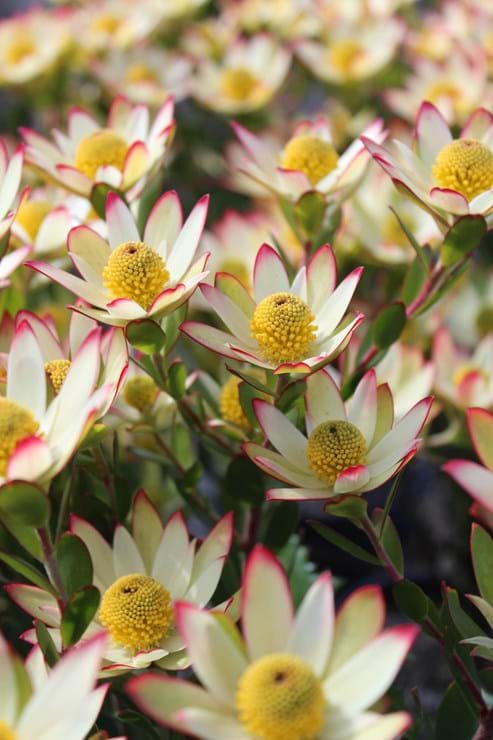 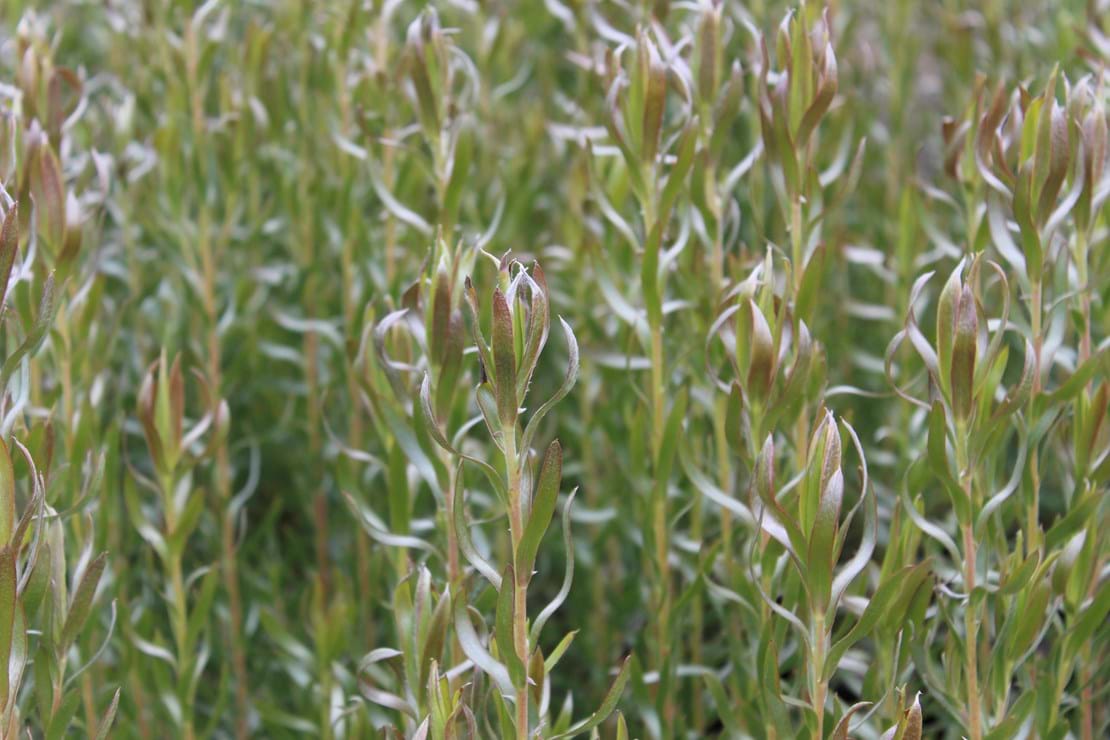 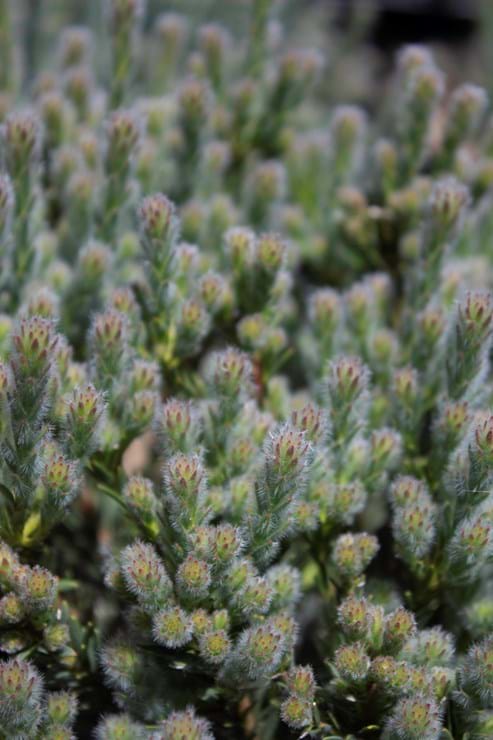 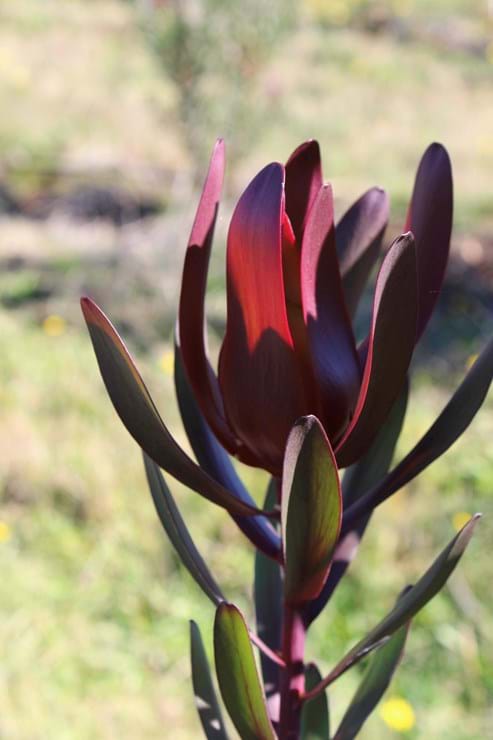 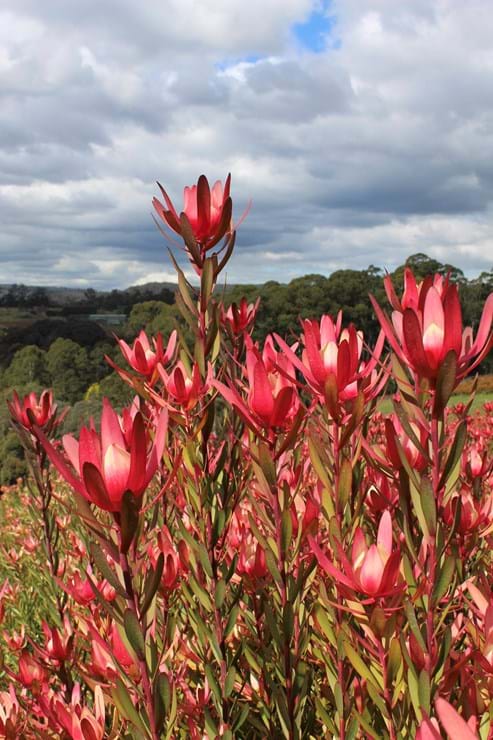 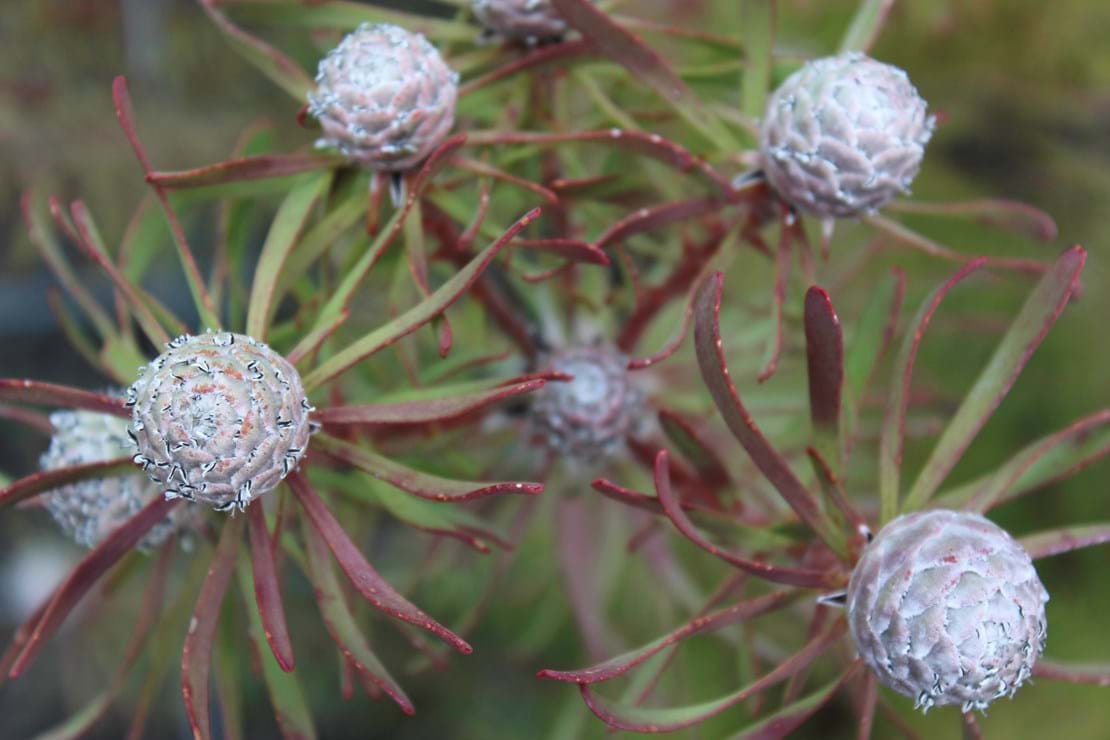 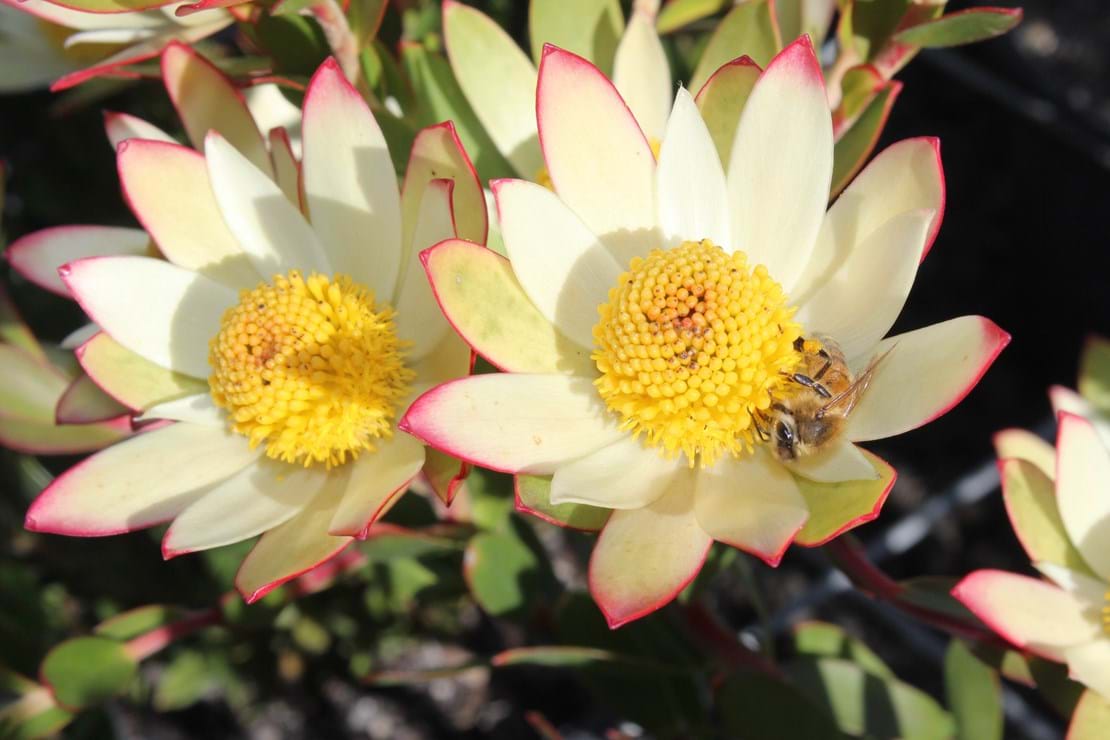 Male Leucadendron forms can attract bees and other pollinators 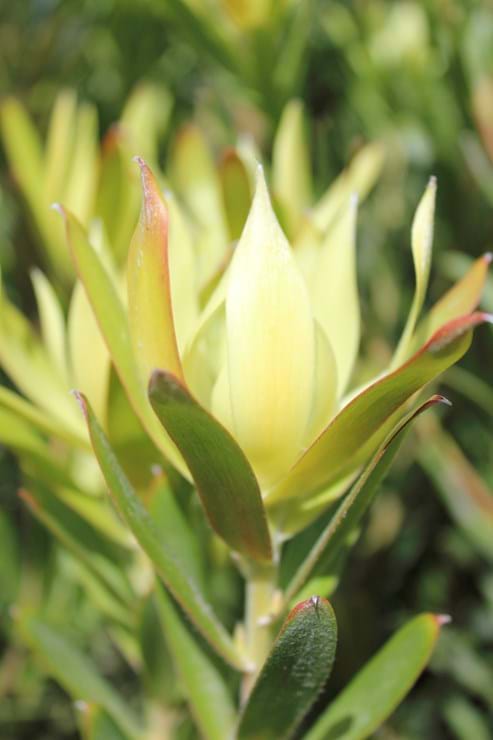 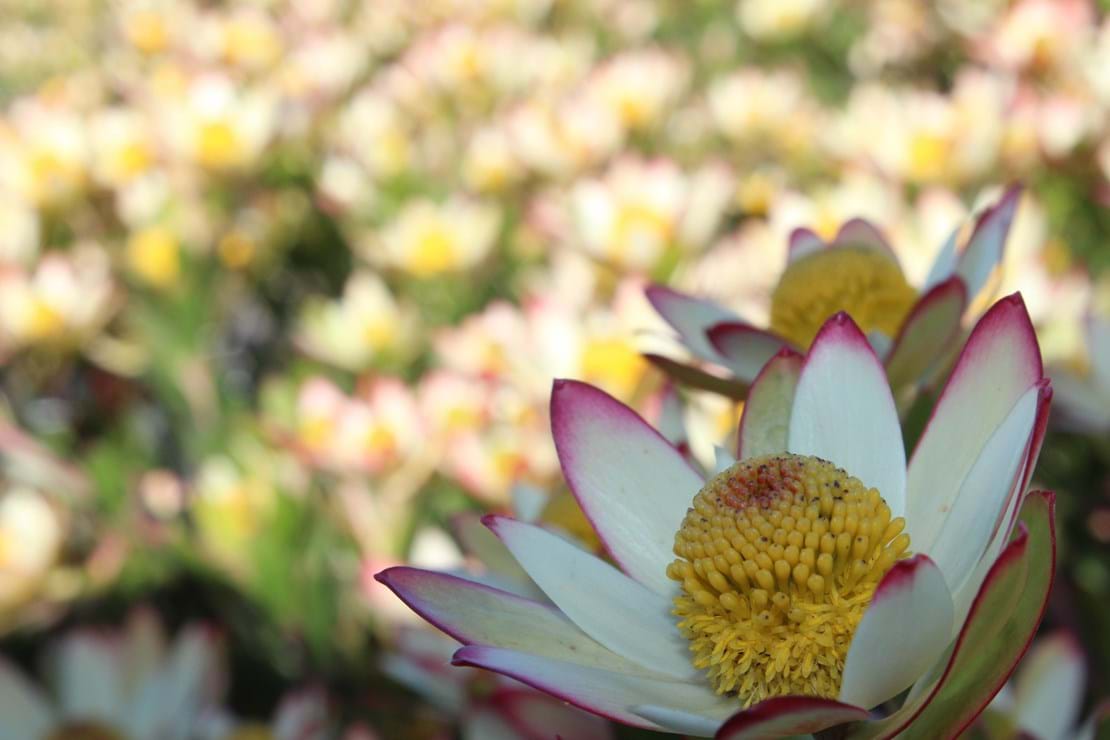 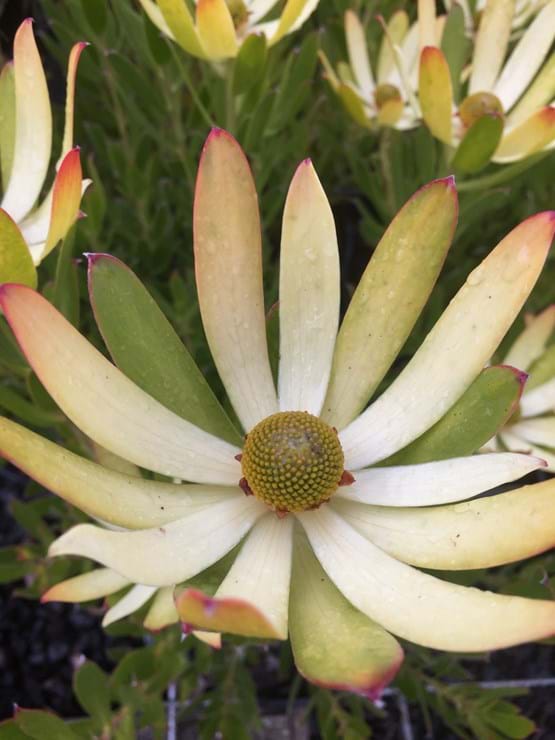 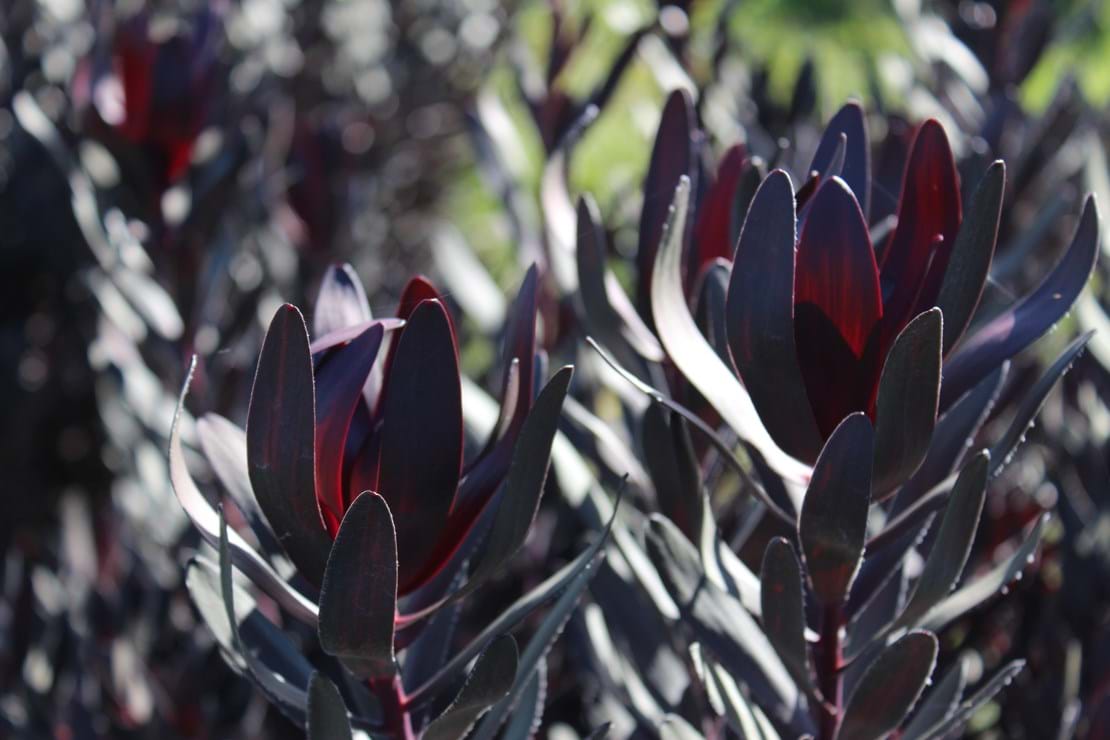